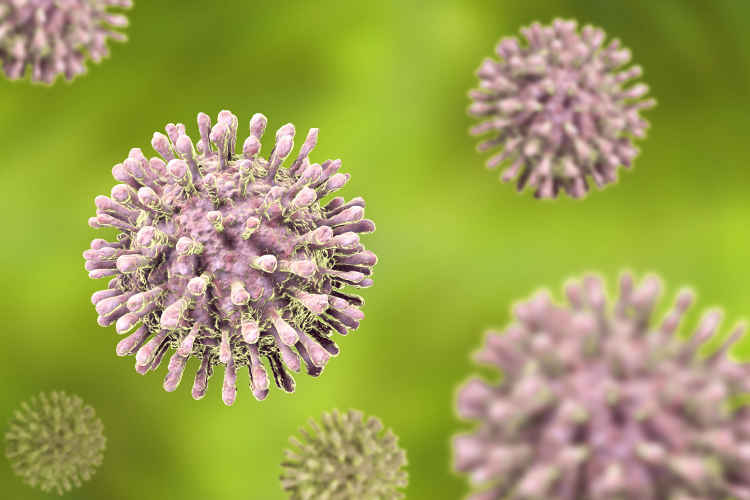 AIDS is the most advanced stage of HIV infection.

HIV belongs to a group of viruses called retroviruses. Like all viruses, retroviruses can only reproduce within a host cell. Retroviruses do this by copying their genetic blueprint onto the genes of a person’s cells.

Globally, HIV-1 is the most common type of virus, with HIV-2 infection found most commonly in Africa.

Both HIV-1 and HIV-2 are transmitted in the same ways and both can cause AIDS. The difference is that HIV-2 is less easily transmitted than HIV-1 and it takes longer for illness to appear after infection with HIV-2, compared with HIV-1.

AIDS is not a single condition; it’s a range of conditions that can occur after a person’s immune system becomes damaged by attacks from HIV.

Although AIDS is a progression from HIV infection, they are not the same thing. Someone can be infected with HIV, but that does not necessarily mean they have AIDS. However, everyone who has AIDS has been infected with HIV.

How does HIV lead to AIDS?

Basically, HIV damages the body’s immune system, making the body vulnerable to other diseases and infections.

HIV works by destroying a kind of blood cell that is vital in helping the body’s immune system to function. These cells are CD4+ T cells (known as helper T lymphocytes). Helper T lymphocytes help to activate and co-ordinate some of the other cells of the immune system so that the body can fight off invading organisms and cancerous cells.

People with HIV lose CD4+ T cells over months or years, and a low CD4+ T cell count is an indicator of a person’s vulnerability to infection.

In this way the body’s defence system is weakened, leaving an HIV infected person open to other infections and cancers.

How is HIV infection diagnosed?

HIV is usually diagnosed by means of a blood test that checks for HIV antibodies. The body’s immune system produces specific antibodies to each type of infection it encounters. By showing the presence of HIV antibodies, the blood test can show that the person has been infected with HIV.

If a person’s blood test does show that they have been infected with HIV, they are sometimes referred to as ‘HIV positive’.

HIV antibody tests are more than 98 per cent effective and reliable, but it can take up to 3 months for high enough levels of HIV antibodies to be detected in the blood. Special blood testing techniques, known as nucleic acid amplification tests, can detect HIV infection earlier.

HIV infection can be monitored by HIV viral load tests, which can determine the amount of virus in the blood. These tests help doctors monitor the progression of HIV infection and can help determine a patient’s response to therapy.

How is HIV spread?

HIV can be transmitted from one person to another through sexual activity involving bodily fluids and also through contact with infected blood.

Things that can spread HIV

Semen, pre-ejaculate (the fluid secreted by a man’s penis when he is sexually aroused), vaginal fluid, breast milk, blood and other body fluids containing blood have all been identified as helping to spread HIV from one person to another.

Anyone who practises risky behaviour (such as sharing needles or syringes while taking intravenous drugs or having unprotected sex with an infected person or a person whose HIV status is unknown) is at risk of becoming infected with HIV.

A woman who is infected with HIV can pass HIV to her baby during pregnancy, during delivery or via her breast milk if she breast-feeds.

The most common way that the virus is spread is through infected people having unprotected sex. During sex, whether homosexual or heterosexual, the virus can enter the body via the lining of the vagina, vulva, penis, rectum or mouth.

So far, studies of people infected with HIV have not found any evidence that the virus is spread through the saliva when kissing. There is an extremely remote chance that that HIV could be transmitted during deep kissing if the infected person had a bleeding mouth or gums.

Studies have shown that HIV is not spread through casual contact with an infected person, such as via swimming pools, toilet seats, telephones, or by sharing dishes, and it’s not spread via biting insects such as mosquitoes.

Research has also shown that HIV is not spread through faeces, or through bodily fluids such as sweat, tears or urine.

What are the symptoms of HIV infection?

When first infected with the virus, many people have no symptoms. Others experience what appear to be ‘flu symptoms, such as a fever, headache, tiredness, and swollen glands in the neck and groin (swollen lymph nodes), within a month or 2 after being infected.

Quite often, these symptoms then go away after about one to 4 weeks, and might be mistaken for another illness or infection. A person with HIV is very infectious during this time as there are lots of virus particles circulating in the body.

The length of time in which an infected person is asymptomatic (displaying no symptoms) varies from person to person. It might be 10 years or more before other symptoms appear, or symptoms might appear after only a few months.

Some signs that the immune system is getting weaker include having swollen lymph nodes (‘swollen glands’) that may be enlarged for more than 3 months, fevers, weight loss, lack of energy, yeast infections such as thrush in the mouth or vagina, skin rashes or flaky skin, short-term memory loss, and pelvic inflammatory disease in women.

During the later stages of HIV infection, a person might develop any of a number of infections which are medically categorised as AIDS-defining illnesses, such as certain types of pneumonia, or certain cancers.

What are the symptoms of AIDS?

A person is medically defined as having AIDS if they have HIV infection and display one or more of the range of conditions known as AIDS-defining illnesses. Doctors in the USA also include people who have proven HIV infection with a low CD4+ lymphocyte cell count of less than 200 cells per microlitre of blood.

How long does it take for AIDS symptoms to develop after infection with HIV?

A minority of people can be infected for more than 15 years without displaying any AIDS symptoms but, on the other hand, some people develop AIDS symptoms really quickly after becoming infected, taking only a few months to show signs of illness.

However, studies have shown that most people who have not received therapy against HIV (antiretroviral therapy) show symptoms of AIDS about 8 to 10 years after infection with HIV, on average.

How can you avoid getting HIV?

The way to avoid getting AIDS is to avoid becoming infected with HIV. This means avoiding taking part in risky behaviour.

For example, when having sex:

In some cases, a person might be exposed to HIV by accident, for example, a condom might break during sex, or a healthcare professional might accidentally be pricked by an infected needle (needlestick injury).

In these cases, doctors can evaluate the exposed person and may recommend what is known as post-exposure prophylaxis (PEP). This involves taking a short course of antiretroviral medications as soon as possible after exposure with the aim of reducing the risk of transmission of HIV.

What treatments are available for people with HIV/AIDS?

There is no ‘cure’ for HIV infection or AIDS. However, there are treatments available to help combat the damage to the body being done by HIV.

Because HIV is a retrovirus, it is combated by medications known as antiretrovirals, or antivirals.

There are 5 main types of antiretroviral therapy.

HIV can become resistant to medication so HIV doctors are most likely to recommend a combination of medications (known as highly active antiretroviral therapy or HAART) to help slow the spread of the virus.

Doctors will often recommend a combination of 2 NRTIs plus either a PI or a NNRTI, and some manufacturers produce combination packs of some medications.

Fusion inhibitors, entry inhibitors and integrase inhibitors are generally only used in people with advanced infection who have developed resistance to other medications.

There are many different antiretrovirals and many combinations available.

HAART can be used in people who have HIV or AIDS. Using HAART, people with HIV can live relatively normal lives, like any other person with a chronic illness requiring lifelong medication. The virus cannot be eradicated from the body, but it can be suppressed, preventing the development of AIDS. Although HAART is not a cure for AIDS, this type of therapy has helped to improve the health of people with AIDS.

The recommended treatment will vary depending on factors such as the development of drug-resistant strains of the virus, the risk of side effects and the possibility of pregnancy.

It is important for people being treated with HAART to take their medicines exactly as directed by their doctor to help prevent drug resistance. If you experience side effects, notify your doctor rather than stopping the medication or changing the dose on your own.

Doctors can also recommend a number of medications that can help treat some of the opportunistic infections that affect many people with HIV/AIDS. For example:

HIV/AIDS healthcare professionals are best placed to offer advice about therapies, as there are many different combinations, and recommended therapies can change as new agents are developed.

Is there a vaccine against HIV infection?

Not yet, however, research is continuing.

Scientists hope to produce a preventive vaccine that will help control the spread of HIV infection. Such a vaccine would not be a cure for AIDS. However, some researchers are exploring the possibility of a therapeutic vaccine which could be used in addition to current therapies to help treat people with AIDS or HIV infection in the future.

One problem with a possible preventive HIV vaccine is that with different subtypes of the virus being discovered, one universal HIV vaccine may not be effective. It could be that any future HIV vaccine needs to be modified regularly to keep up with the different ‘strains’ of the virus, in much the same way that today’s ‘flu vaccines are updated to fight off any variations in the ‘flu virus.

The development of an effective HIV vaccine depends on the outcomes of ongoing research, and when a promising vaccine is eventually produced, it will be tested for safety and effectiveness before becoming widely available. 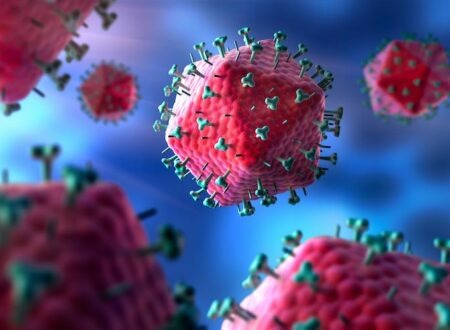 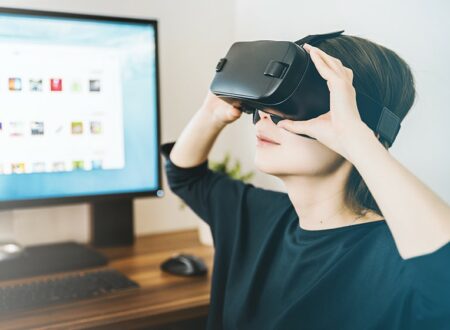 Sex and the ageing process

Australian health system: how it works