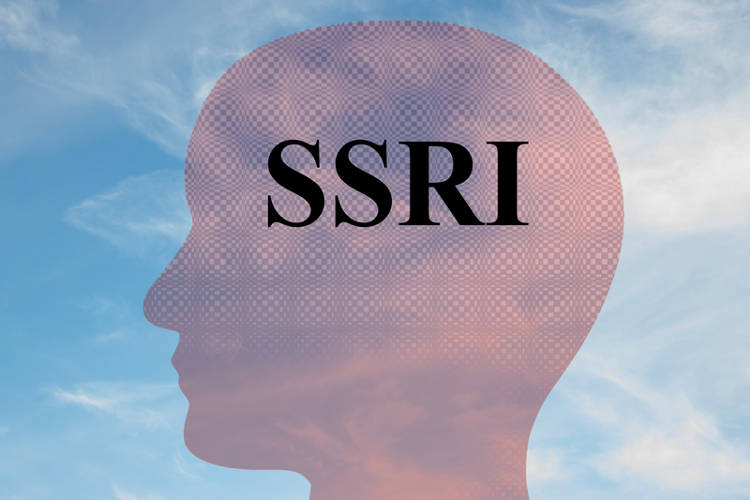 Selective serotonin reuptake inhibitors (SSRIs) are medicines used in the treatment of depression. In fact, they are the most commonly prescribed type of antidepressant medicine in Australia. The main advantage of SSRIs is that they do not cause as many side effects as many of the older antidepressants.

SSRIs are often the first choice medicine prescribed by doctors for treating depression. They are also commonly used to treat anxiety.

While it’s not completely understood how SSRIs treat depression, it is known that some of their effects are due to their influence on the amount of a chemical in the brain called serotonin. Serotonin is a neurotransmitter (chemical messenger) that is involved in carrying signals between brain cells. Serotonin is thought to have a positive influence on mood, emotions and sleep. Higher levels of serotonin in the brain can help improve depression symptoms.

The action of selective serotonin reuptake inhibitors can be explained by their name:

Serotonin is also thought to play a role in anxiety disorders, and SSRIs are used in the treatment of conditions such as obsessive-compulsive disorder, social anxiety disorder, panic disorder and post-traumatic stress disorder.

There are several different SSRI medicines available in Australia. SSRIs can be taken as tablets, dispersible tablets (that dissolve in water), capsules or oral solution. See the table below for the different SSRIs and their brand names.

When doctors prescribe SSRIs for depression they consider several factors, such as your main symptoms, your general health and other medicines you are taking. Sometimes inherited traits can play a role in how you respond to certain antidepressants, so your doctor may ask about the response that any family members have had to different antidepressants in the past. The cost and side effects of medicines are also taken into account.

Pregnancy, planning a pregnancy and breast feeding also impact on the choice of treatment for depression. It’s very important that depression is properly treated both during and after pregnancy, so your doctor will weigh up the risks and benefits of different treatments for both you and your baby.

As a precaution, SSRIs are generally not recommended during pregnancy or breast feeding. However, if the risk of taking SSRIs is outweighed by the benefit of treating your depression, your doctor may prescribe them. Your doctor will advise you about which SSRIs are thought to be the safest to take during this time, as some SSRIs are recommended over others depending on whether you are pregnant or breast feeding.

It’s important to know that it may take a few weeks of taking your medicine before you start to feel better.

Side effects of SSRIs

As with any medicines, there are side effects associated with SSRIs. However, these medicines are generally well tolerated. Many people experience few, if any, side effects, especially once they have been taking SSRIs for a few weeks.

If you are prescribed an SSRI, you may experience some initial anxiety, nervousness and difficulty sleeping (insomnia). These, and some other side effects such as nausea, loss of appetite, diarrhoea, headache, blurred vision and dry mouth, generally pass with continued treatment. Other side effects may be more long-lasting – increased sweating can be an annoying side effect that may persist.

It is important you talk to your doctor if side effects worry you, as some side effects can be helped by simple measures such as taking your medicine at a different time of day or taking it just after eating.

Sexual dysfunction — including reduced sexual interest (decreased libido), difficulty getting and maintaining erections (in men) and difficulty reaching orgasm (in men and women) — can occur in people taking SSRIs. If this causes problems for you, your doctor may recommend switching to a different type of antidepressant.

People younger than 25 years of age taking SSRIs for depression may have a slightly increased risk of suicidal thoughts and behaviour when they first start taking SSRIs. Close monitoring is needed in any young person taking antidepressants, especially when they are first started.

Contact your doctor straight away or seek emergency help if you (or someone you know) is experiencing suicidal thoughts.

Taking other medicines at the same time as SSRIs

SSRIs can interact with certain other medicines and substances. A drug interaction is when the effects of a medicine are changed by taking other medicines or products at the same time.

Some examples of medicines that can interact with some SSRIs include:

Other medicines that affect serotonin levels, such as the migraine treatments sumatriptan (e.g. Imigran, Iptam), naratriptan (brand name Naramig) and zolmitriptan (e.g. Zomig), as well as tramadol (e.g. Tramal) need to be avoided.

Fluvoxamine (an SSRI) can increase the effects of caffeine, so people taking this SSRI should take care not to have too much coffee, tea, cola, energy drinks and chocolate. Effects of caffeine that may be exaggerated while taking fluvoxamine include insomnia (trouble sleeping), feeling anxious or agitated, or having heart palpitations (an awareness of your heart beating quickly in your chest).

Drinking alcohol is not recommended while you are taking SSRIs.

It’s very important that you don’t suddenly stop taking SSRIs for any reason without consulting your doctor. That’s because if you stop suddenly, a withdrawal reaction can occur, especially if you’ve been taking the medicine for some time. This is known as discontinuation syndrome.

Withdrawal symptoms can include nausea, dizziness, anxiety, agitation, sweating, headache and flu-like symptoms. To avoid these unpleasant effects when stopping SSRIs, your doctor will recommend that you reduce the dose of the medicine gradually. It may take several weeks of slowly reducing the dose before you should stop completely.

Also take care to always take your medicine as prescribed – it’s possible for some people to have withdrawal symptoms just by forgetting their medicine several days in a row.

Switching from one antidepressant to another

Another reason you might switch antidepressants is if you are experiencing persistent, troublesome side effects.

If you are changing antidepressants, your doctor will recommend slowly stopping the first medicine (to prevent withdrawal symptoms) and then having a break before starting the new one. You may need to spend a couple of days to several weeks not taking any antidepressants, depending on the medicines you are stopping and starting. This is called a ‘washout period’.

A washout period is very important because it prevents the 2 antidepressants interacting, which can cause serious harm. The main concern is serotonin toxicity (also known as serotonin syndrome), which is an overload of serotonin in the brain. Serotonin toxicity most often occurs when more than one medicine or substance (e.g. St John’s wort) that raises serotonin levels are taken around the same time. It can cause shivering, rigid or twitching muscles, high temperature, sweating and agitation.

Talk to your doctor if you have been prescribed SSRIs for depression and you are not feeling better or experiencing side effects. 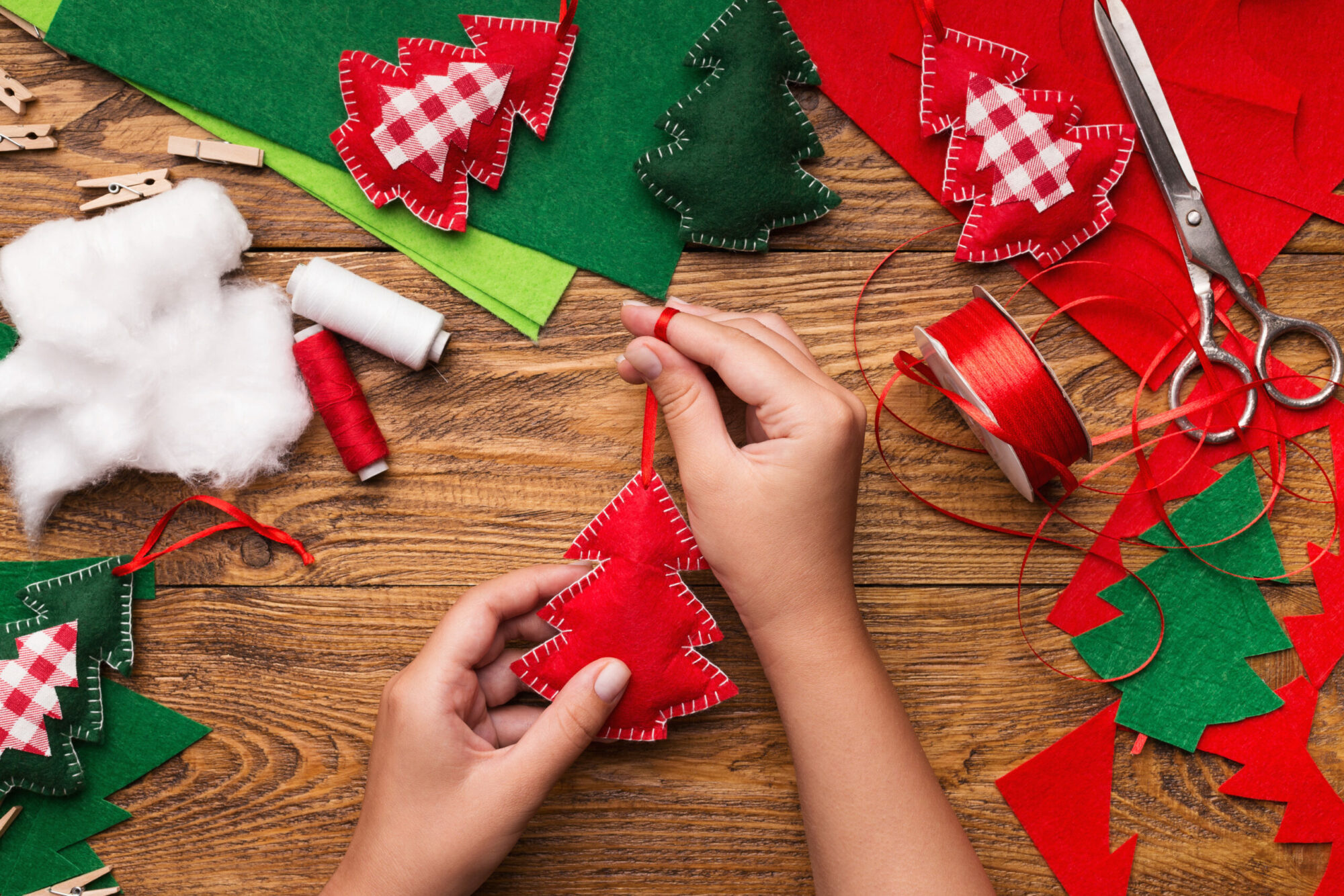 Irritable bowel syndrome: what you need to know