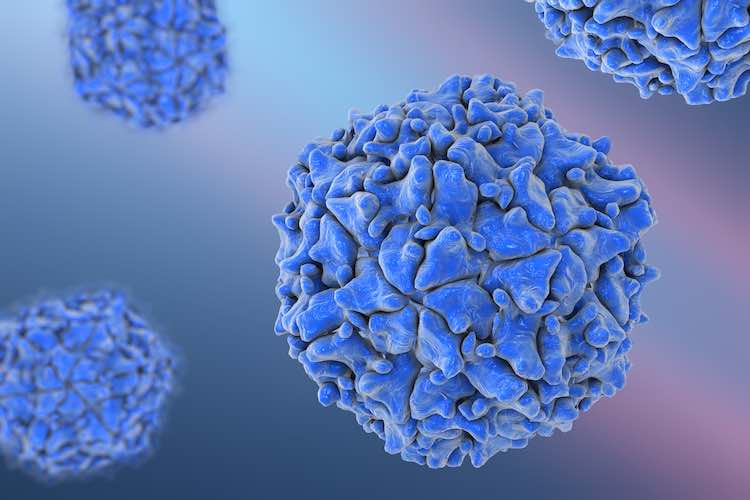 Polio (which is short for poliomyelitis) is an infectious disease that can cause permanent muscle weakness, paralysis, and in severe cases, can be life-threatening. It is caused by a virus known as the poliovirus, which is very contagious and is spread by swallowing contaminated food or water, or by direct contact with an infected person.

Due to widespread vaccination, polio has been eradicated from Australia and many other parts of the world. However, there are some countries, including Nigeria, Pakistan and Afghanistan, where polio infections still occur.

The majority of people (up to 95 per cent) who are infected with poliovirus do not experience any symptoms at all, and do not even know they have been infected. Among those who do experience symptoms, there are 2 main forms of disease: non-paralytic polio and paralytic polio.

About 4-8 per cent of people who are infected suffer from what’s known as abortive poliomyelitis. This type of polio doesn’t cause paralysis, and the symptoms (which include fever, sore throat, mild headache, nausea and vomiting, and either constipation or diarrhoea) usually improve within about 3 days.

A further 1-2 per cent of people who become infected with the poliovirus develop non-paralytic aseptic meningitis, which is an infection of the meninges (the membrane covering the brain and spinal cord). Symptoms usually last between 2 and 10 days, and include:

Very few people with polio infection develop paralytic polio — in fact, less than one per cent of those infected develop this severe form of the disease. In cases of paralytic polio, the virus spreads from the intestine to the brain and spinal cord, causing damage to the nerves that control muscle movement.

Initial symptoms include fever, followed by severe headaches, neck and back pain and stiffness, muscle pains and spasms, constipation, and sometimes unusual skin sensations. Muscle weakness or paralysis generally develops 1-10 days after the other symptoms. The paralysis, which tends to be more severe on one side of the body than the other, may be temporary or permanent. Paralytic polio can be life-threatening when the muscles that are used for swallowing and breathing become weakened or paralysed.

Most people with paralytic polio recover at least some function in the weeks and months following infection. About two-thirds of people who develop paralytic polio are left with some permanent muscle weakness.

Polio can be prevented by vaccination against the virus that causes the disease. Although polio has been eradicated from Australia, it’s important that all Australian children continue to be immunised. This is because there is still a risk of the virus being imported from countries where polio still exists.

In Australia, IPV is given as part of the routine vaccination schedule for children, and may be given as a combination vaccine that incorporates other vaccines due at the same time. Doses are given at 2, 4, and 6 months of age, and again at 4 years.

Most adults living in Australia are already immune to polio and have a very low risk of being infected. However, polio vaccination (or booster doses) may be required for adults who are planning on travelling to parts of the world where polio still occurs. Other adults at increased risk who may require vaccination include healthcare workers and laboratory workers who may come into contact with the poliovirus.

Inactivated polio vaccine (IPV) is very safe and provides good immunity to polio. The most common side effects are minor, and include swelling, redness and pain at the injection site. However, because the vaccine contains small amounts of certain antibiotics (streptomycin, polymyxin B and neomycin), allergic reactions can occur in people who are sensitive to these antibiotics.

Although oral polio vaccine (OPV) provides long-lasting immunity, it is no longer routinely used in Australia. This is because it is possible, although extremely rare, for people (and their unvaccinated close contacts) to develop paralytic polio after receiving OPV. While this only occurs in about one in every 2.4 million doses of vaccine delivered, the risk exceeds the risk of catching naturally-occurring polio in Australia.

There is no cure for polio, but there are treatments that can help treat some of the effects of the disease. Massage, exercise and heat treatments can help stimulate muscles, and when used together with medicines to reduce muscle spasms, can help improve mobility. Sometimes surgery and physiotherapy can help correct limb deformities. People with paralytic polio whose breathing is affected may need a ventilator (usually only temporarily) to assist their breathing. Unfortunately, these treatments are not always available in countries where polio occurs.

Post-polio syndrome is a recurrence of symptoms several years (usually 30-40 years) after an initial episode of paralytic polio. The symptoms include general tiredness, as well as weakness and pain affecting the same muscle groups that were involved during the initial disease. Sometimes, weakness extends to involve muscles that were not initially affected.