Problems with the eyelids, particularly the lower one, are quite common in older people.

The muscles and tissues around the eyelid may become weaker, resulting in the eyelid folding inwards, known as entropion, or drooping outwards (ectropion).

The main symptoms caused by entropion are due to the eyelashes rubbing against the surface of the eye (cornea). This can cause irritation and ulcers on the cornea. Conjunctivitis, inflammation of the surface membrane covering the eye, will often be present. Entropion may also occur as a result of scarring from recurrent infections in the area.

In ectropion, which occurs more often than entropion, the most common problem is tears running down the face on the affected side. This is due to the fact that the tiny hole in the lower lid that drains tears (the punctum) is displaced.

People with ectropion also suffer from irritation and inflammation of the conjunctiva, which is more exposed.

Apart from the normal ageing process, both ectropion and entropion can occur as a result of other things such as strokes or conditions that lead to eyelid scarring. The problems are occasionally, but rarely, present at birth.

Treatment for both conditions can include artificial tears, lubricating eye ointment or a protective eye shield worn at night. The definitive treatment for both problems is a small operation aimed at restoring the eyelid to its proper position. 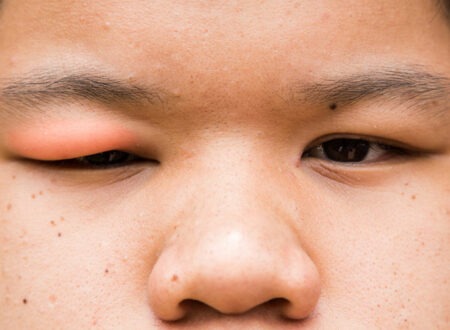 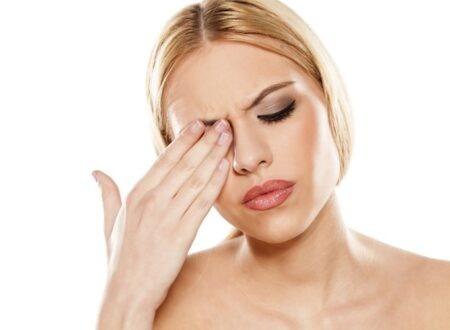 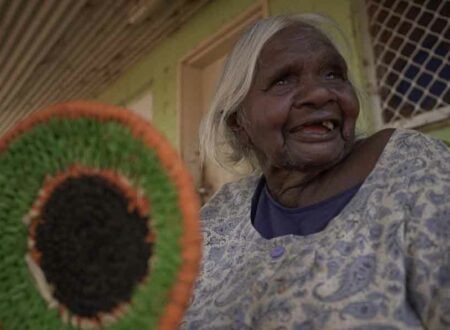 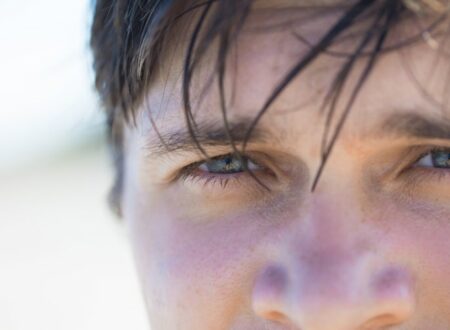 Eyes in the sun