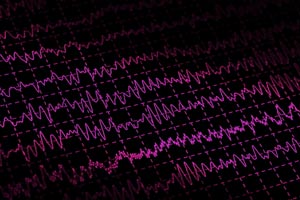 Epilepsy is a relatively common condition in which the electrical and chemical activity of the brain loses its usual co-ordination for short periods of time. These times of unco-ordinated brain activity result in seizures (also called fits or convulsions).

Epilepsy is not the only reason that someone may have a seizure — fever in children, excess alcohol use, illicit drug use, head injuries, stroke, brain infections such as meningitis, and a number of other conditions may also cause seizures. However, epilepsy is characterised by recurring seizures.

Epilepsy is estimated to affect 1 to 2 per cent of Australians.

Epilepsy can cause several types of seizures. They can be roughly divided into generalised seizures and focal seizures (sometimes called partial seizures).

The part of the brain experiencing abnormal electrochemical activity determines the symptoms a person will have. Common symptoms of epilepsy include:

Some seizures are subtle and may not be noticed by other people, while other types of seizures, especially those that affect body movement, have very obvious signs.

Epilepsy often starts in childhood, although it can begin at any age.

Although the cause of the epilepsy cannot be established in about half of those people who have epilepsy, there are several known causes, such as:

Epilepsy starting in infants may be caused by abnormalities present from birth or infections of the central nervous system. Seizures starting in adult life are likely to be caused by a disease or injury affecting the brain. For example, elderly people may develop epilepsy after a stroke.

Some people find that there are certain things that tend to bring on, or trigger, a seizure. Triggers are not always obvious, so keeping a diary of activities and when you have seizures can help identify seizure triggers.

Possible triggers may include:

Also, if you normally take medicines to control your epilepsy, not taking your medicines regularly or stopping them suddenly can trigger a severe seizure.

To diagnose epilepsy your doctor will first ask about your symptoms, Often, a friend or parent who has been with you when you are having a seizure can help in describing what happens during the seizure, for example, how long it lasts, and whether or not you appear to lose consciousness. Some seizures are difficult to describe accurately, so recording these events, for example using a smartphone video camera, can be helpful.

Your doctor may also ask about the following:

Your doctor may do a full physical examination including a neurological examination, which aims to pick up any abnormal function of your nervous system.

Your doctor will probably recommend you have an electroencephalogram (EEG) — a test that tracks the electrical activity of your brain.

An EEG takes about one hour and is painless. It involves having small electrodes placed (glued) to your scalp, or you may wear an elastic cap that is fitted with electrodes. The electrodes are attached via leads to a machine that traces the electrical activity of your brain onto paper or a computer screen.

An EEG is sometimes performed over a longer period of time while you stay in a hospital room that is fitted with video recording equipment. The aim is to record an EEG while a seizure is occurring, and also to record a video of the seizure itself. This can be very helpful to your doctor in deciding the type of seizures that you have and the best type of treatment. An EEG can help in the diagnosis of epilepsy, and can also help determine the type of epilepsy. However, a normal EEG does not rule out epilepsy.

A brain scan may also be recommended to show the structure and sometimes the function of your brain. There are several types of scans, including MRI scans and CT scans.

Your doctor may also recommend blood tests to check for abnormalities in the levels of certain salts and other chemicals in the body, which can result in seizures.

You may be referred to a neurologist, who will interpret the results of your tests and discuss treatment options with you.

The aims of epilepsy treatment are to control seizures and maintain quality of life. The main treatment options used for seizure control include medicines and self-care measures. It’s a good idea for family members to be familiar with first aid measures for seizures.

Anticonvulsant medicines (also called antiepileptic medicines) can be prescribed to prevent seizures in people with epilepsy. Medicines are usually prescribed for people who have had at least 2 seizures, or those who are at risk of recurrent seizures.

The type of medicine recommended will depend on several factors, including:

Many people who have epilepsy take these medicines for a number of years.

In some cases, it may be possible to gradually reduce the dose of your epilepsy medicines and possibly eventually stop them if several years have passed without you having a seizure. Discuss the risks and benefits of trialling a controlled withdrawal of treatment with your doctor.

Monitoring and side effects

People with epilepsy may sometimes need to have blood tests to check the concentration of anticonvulsant medicine in the blood, as well as check for medication side effects, which can be significant.

Long-term use of antiepileptic medicines can increase the risk of osteoporosis. Your doctor will discuss steps you can take to reduce the risk of developing osteoporosis (such as regular weight-bearing exercise and adequate calcium intake and vitamin D).

Interactions with other medicines

It’s also important to talk to your doctor if you become pregnant or are considering becoming pregnant — your medicines may need to be adjusted and your epilepsy carefully monitored. Some antiepileptic medicines can be harmful to the development of the fetus during pregnancy.

It’s also important to remember that some antiepileptic medicines can interfere with the effectiveness of some hormonal contraceptives (such as oral contraceptive pills, hormone-releasing vaginal rings and hormone implants). Check with your doctor to find out whether your method of contraception is affected by your epilepsy medicine.

Leading a healthy and balanced lifestyle and avoiding seizure triggers is important in managing epilepsy. Important self-care measures include the following:

Surgery is a treatment option for some people who have severe epilepsy that is not controlled with medicines. Surgery is usually used to treat focal epilepsy when it’s possible to identify the precise location of the abnormal electrochemical activity within the brain.

Your doctor can discuss the risks and benefits of surgical treatments with you.

Some children with poorly controlled epilepsy may benefit from treatment with a strict, medically-supervised diet called a ketogenic diet.

A ketogenic diet is usually only recommended by paediatric neurologists to help to control seizures when medicines and other treatments are not effective.

If you have epilepsy and you drive, it is important to talk to your doctor about the rules regarding driving and epilepsy.

Your doctor may also advise you to avoid other activities that could be dangerous if you have a seizure, such as swimming alone and extreme sports, especially while your epilepsy is being brought under control. Operating machinery should also be avoided.

Most people with epilepsy can have their seizures well controlled and lead normal lives.

Support groups provide the opportunity to talk with other people who are living with this ongoing illness. They can provide emotional support and practical advice to people with epilepsy and their families.

Medicinal cannabis: uses and side effects