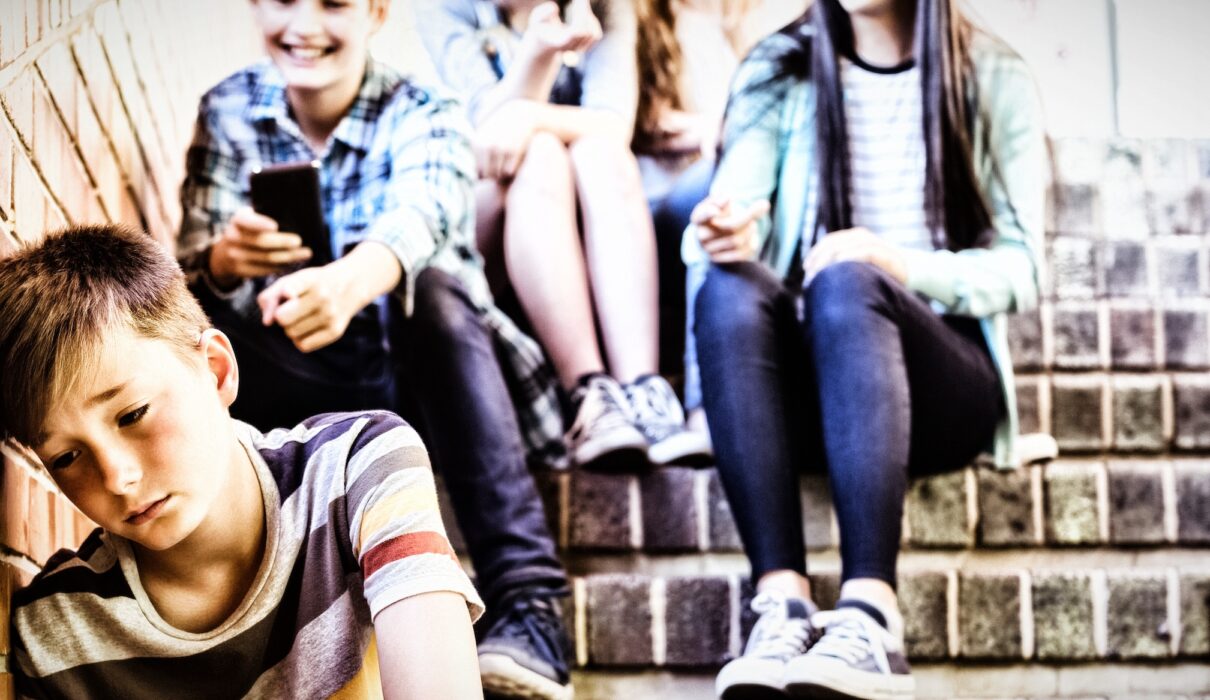 Bullying is a growing problem around the world, and Australia is not immune to it, especially in our schools. It is the most visible form of violence, associated with deleterious consequences for the physical and mental health of the individuals involved. Bullying hinders intellectual development and compromising the social potential of both parties involved.

Bullying affects teenagers to a concerning extent and can happen to anyone. Around one-third of Australian students say they have experienced bullying at some point. Often people feel powerless against this type of behaviour. However, as parents, it’s possible to take action against bullying to create safer environments for your child.

Bullying is the harming of someone’s wellbeing by repeatedly using words or actions. This type of behaviour is directed specifically towards one person or a group of people and is done deliberately and repeatedly. The purpose of this behaviour is to make a person feel intimidated, threatened or powerless and is often ongoing. The perpetrators could be a group or even an individual. Unfortunately, amongst teens, this kind of behaviour can be common, particularly at school. It can happen almost anywhere from schools, playgrounds, sports teams to online and social media.

These are a few basic things to understand about bullying:

There are no stereotypes to bullying

Almost everyone can be susceptible to bullying because it varies from situation to situation and from person to person. Bullying is not defined to a specific type of person or people, regardless of the typical nerdy, antisocial or skinny awkward kid, depicted by movies and TV.

Likewise, there is no stereotype for who can be bully. Almost anyone can exhibit the behaviour and attitude of being a bully. Research has shown often many people bully others without even realising it.

Bullying in the real world

You will not see bullying occur in the real world how it is depicted in movies and TV.

The vast majority of bullying that occurs is concealed in everyday activities that most of us would find difficult to call out unless we were aware of the tell-tale signs. Some of the methods that it entails is excluding the intended victim from activities, spreading gossip or rumours to discredit their image and reputation.

In the last ten years, cyberbullying has increased dramatically as the most virulent form of bullying. This method is more accessible thanks to group chats and social media platforms. This includes smartphone apps that allow text or pictures to disappear along with comments and screenshots.

Bullies can create false online identities and use different IP addresses to make it almost impossible to be detected. From there they can launch a campaign of misinformation and false accusations and rumours. These actions can then wreak havoc on the victims mental and physical health and their social and family life.

How to deal with teenage bullying

1. Discuss accountability for their actions online.

Actions, consequences and accountability should be the most important lessons taught to teens and young kids as they grow up. Young people can easily get caught up in the moment and forget this. It is important that they know their actions and words can have a serious impact on another person.

They also have to understand that privacy doesn’t exist on the Internet and whatever they post never really disappears. The message might disappear from the platform they’re using, but it can always be traced back, searched up later on.

Just because you intend your post for one person doesn’t mean it won’t reach the eyes of others.

2. Speak out and say something.

All it takes to break the cycle of bullying is for one person to stand up and speak out. Teach your kids about the bystander effect. This is that standing aside and saying nothing is as bad as doing the action itself.

Teach your child to stand up for their friends. They can either tell a trusted adult or make the bullied person feel included in a group. Your child can also come out and say the bullying is wrong and not condone those behaviours. These will be more helpful to the situation than standing by and hoping for someone else to fix the problem.

3. Let them know that it’s okay to ask for help.

Make sure your child knows that they can talk to you, a trusted friend or another adult. Whether they are being bullied or know of someone who is being bullied (or someone they know is bullying another person).

Assure your child that asking for help or talking about bullying isn’t being a “snitch”, a tattletale or a coward. Tell them that doing so signifies that they are mature and responsible. It also shows they know when something is beyond their capabilities to handle and resolve.