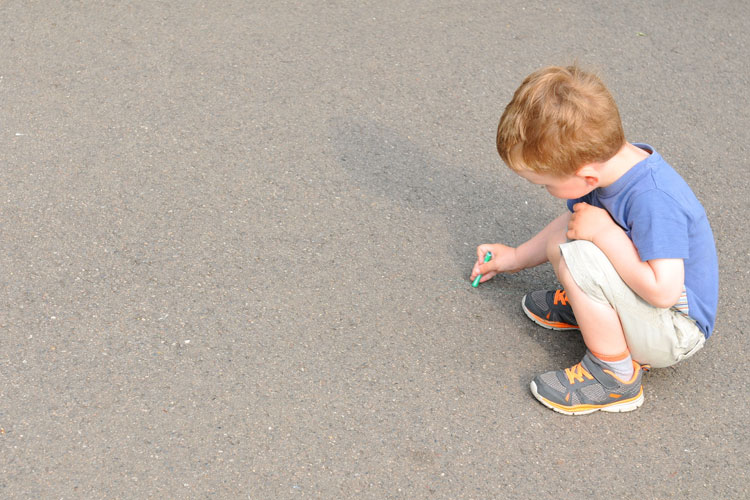 Autism spectrum disorder (ASD) is a neurodevelopmental disorder that is generally noticed in early childhood. Affected people have problems with social understanding, social behaviour and communication.

The term ‘autism spectrum disorder’ has replaced ‘autism’, as it has been increasingly recognised that this is a complex condition with a wide range of symptoms and varying degrees of severity. Asperger syndrome (or Asperger’s disorder) was previously considered a distinct condition from autism with milder symptoms. Now, symptoms previously diagnosed as Asperger syndrome are included in autism spectrum disorder. However, people who were diagnosed before the new terms were introduced may prefer to retain their original diagnosis, and should feel free to do so.

Autism spectrum disorder is a lifelong condition. There is no cure but there are treatments available that can help improve symptoms and functioning.

What are the symptoms of ASD?

People with autism spectrum disorder have problems in the areas of social interaction and communication. They also have restricted and repetitive behaviours. Symptoms may be noticed in early childhood, or may go unnoticed until children start school and social demands become greater.

Language problems may include:

Behavioural and social problems seen in children with ASD include:

Other symptoms may include:

Sometimes children who have previously been meeting their developmental milestones regress and lose some of their language or social skills.

What problems do people with ASD experience?

People with ASD may appear aloof and indifferent to other people and often cannot understand the meaning of gestures, facial expressions or tone of voice. They may also have difficulty initiating and maintaining back-and-forth conversations.

Because of their limited capacity to understand other people’s feelings, people with ASD do not develop friendships easily. Children with ASD often don’t enjoy experiences that other children their age enjoy, such as birthday parties, and are often not interested in other children their own age.

About half of people with ASD have an intellectual disability, but among the other half, intelligence is average or above average. People with ASD can have excellent memories and some have extraordinary talent or brilliance in specific skills (such as music, mathematics or art).

What age do symptoms usually start?

Parents and carers often notice ASD symptoms by the age of about 2 years.

Sometimes clues may be seen in the first year of life. You may notice differences in non-verbal communication in young children, such as a lack of pointing at objects or waving, or not engaging in social games such as peek-a-boo. Possible early language indicators include a lack of babbling by the age of 12 months, and not using single words by 16 months or 2-word phrases by 2 years.

However, it’s important to note that many children display some of the symptoms of autism spectrum disorder some of the time without having ASD. It is when these symptoms occur often or most of the time that they may be a sign of ASD.

How common is ASD?

ASD is among the most common developmental disabilities, affecting about one in 150 people in Australia.

Boys are 4 times more likely to be diagnosed with ASD than girls. However, evidence is emerging that more girls are affected than previously thought, it’s just that they tend not to be diagnosed as often. Girls (especially when they have average or high intelligence) may be better at masking their symptoms, or may be more likely to have less obvious symptoms.

The exact cause of ASD has not yet been pinpointed. It’s thought that some people are more likely to develop ASD because of the genes they have inherited. However, researchers think that several genes influence the development of ASD, and that the cause is complex — possibly a combination of genetic and environmental factors.

Families with an affected child have a higher risk of a subsequent child having autism spectrum disorder than that of the general population.

What has NOT been shown to cause autism spectrum disorder?

Some parents are concerned that there may be a link between routine childhood vaccinations (in particular the measles, mumps and rubella – MMR – vaccine) and autism. The paper that first described a possible link between MMR and autism has since been discredited, and subsequent studies conducted by reputable organisations (such as the Centers for Disease Control and Prevention) have not found any evidence of a link between vaccinations and ASD. Unfortunately, some parents remain concerned, which has led to reduced immunisation rates in some areas and several measles outbreaks.

The fact that more children have been diagnosed with autism spectrum disorder in recent times also worries some parents. The reason for the apparent rise in ASD cases is improved knowledge of the condition and increased awareness. More children may be diagnosed these days, but that doesn’t mean that more children are affected than before.

There is no evidence to show that difficulties during childbirth or events during pregnancy are associated with ASD.

There is an association between autism spectrum disorder and epilepsy. Seizures (fits) often start either in early childhood or in adolescence. Many children with ASD experience associated mood or anxiety disorders. Attention deficit hyperactivity disorder (ADHD) is also associated with ASD.

ASD is also associated with certain other medical conditions including:

How is autism spectrum disorder diagnosed?

The 2 main symptoms that must be present for a diagnosis of autism spectrum disorder are social-communication difficulties and rigid, repetitive behaviours (including sensory sensitivities and/or interests). These symptoms must be present in early childhood.

If you are concerned about autism spectrum disorder, see your GP (general practitioner). Your doctor will ask about the behaviours that you have observed in your child and check your child’s development. Your doctor may then refer your child for further assessment – health professionals that can help with the diagnosis of ASD include:

To help with diagnosis, you may be asked to complete a questionnaire asking about certain behaviours and symptoms that you have noticed in your child. Information about your child and their behaviour and functioning in more than one environment (e.g. home and school) is important for diagnosis.

Genetic testing is done in some circumstances, but there is no one test that can be done to diagnose ASD.

Treatment for your child will depend on their symptoms and needs. A treatment programme developed specifically for your child can help them develop skills, improve behaviour and make the most of their strengths.

Intensive behavioural therapy, occupational therapy and speech therapy may all be part of the treatment programme, as well as education and support for parents. If your child has learning difficulties, there are also structured educational programs that may help. Your child’s treatment programme is likely to change over time as they get older.

Sometimes medicines may be recommended to treat some of the symptoms associated with autism spectrum disorder, such as:

Your doctor will want to regularly review your child’s medications to assess whether they are helping and to check for any side effects.

There is currently limited evidence for the effectiveness of complementary therapies for children with ASD. There is also a lack of evidence showing that any special diets or dietary supplements are of benefit in the treatment of ASD. You should discuss any complementary therapy or special diet with your doctor and treatment team before trying them.

Music therapy has recently shown promise in helping children with ASD improve social communication. More research is needed to show the benefits of this treatment.

What type of school is best for children with ASD?

There are several options for schooling and education for children with autism spectrum disorder. The best option for your child will depend on their symptoms and how severe they are, which will determine the level of support that your child needs.

A mainstream school, with or without separate support classes and/or the assistance of an education assistant, is one option. Talk to your local school about the needs of your child and how these could be met by the school.

There are several programs and services in Australia that are available to give financial assistance to families affected by autism spectrum disorder.

Talk to your child’s treatment team for more information.

It’s important for parents and carers of children with ASD to look after themselves as well. There are support groups for families affected by autism spectrum disorder, where you can talk to other families who are affected by this condition. Many people find that talking to others who are dealing with similar issues helps them feel less isolated and alone. Sharing tips on coping strategies, managing the demands of being a carer and ongoing treatments can also be beneficial.