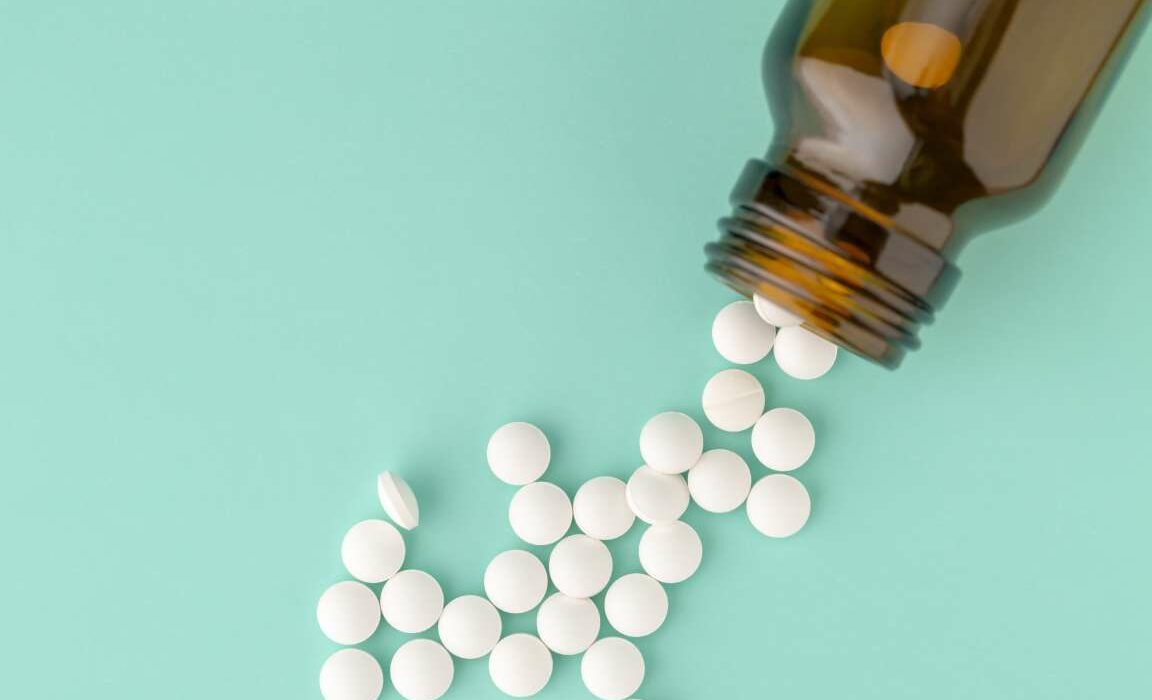 Aspirin is one of the oldest medicines still in common use. It belongs to a class of medicines called salicylates and works by suppressing the production of certain substances in the body that cause pain, fever and inflammation.

Aspirin also affects platelets – cells in the blood that are involved in clotting. Taking aspirin reduces the ability of platelets to stick together and form clots, making it useful in the treatment and sometimes prevention of conditions where blood clots form in arteries, such as heart attack  and stroke.

Low-dose aspirin (meaning tablets containing 75-150 mg of aspirin) may be recommended on a daily basis for people who have already had a heart attack or stroke to prevent them from having another.

How does aspirin work?

Aspirin and other non-steroidal anti-inflammatory drugs (NSAIDs) work against pain by preventing prostaglandins from being made. Prostaglandins are chemical messengers the body produces which cause inflammation, pain, fever and swelling.

Aspirin stops pain-producing prostaglandins being made by inhibiting the enzyme cyclooxygenase (COX), which is involved in their production.

Aspirin for pain and fever

Aspirin can be used for the occasional treatment of mild to moderate pain and fever. It can be used as a painkiller for conditions such as headaches and migraines, period pain, toothache, cold and flu symptoms and joint and muscle pains.

Aspirin should not be given to children younger than 16 years, especially if the child also has symptoms of influenza or chickenpox or has fever. This is because aspirin can cause a serious and sometimes fatal condition in children called Reye’s syndrome (or Reye syndrome).

Aspirin for heart disease and stroke

A dose of aspirin is used by doctors as part of the initial emergency treatment for a heart attack.

Daily low-dose aspirin (between 100 and 150 mg/day) is recommended to prevent a second heart attack in people who have already had one unless a person is allergic to aspirin. The doctor may recommend that for the first 12 months, you take a combination aspirin and clopidogrel tablet.

Daily low-dose aspirin can also be taken to prevent stroke and transient ischaemic attacks (TIAs, or mini-strokes) in people who have had a previous stroke or TIA.

But the recommendations are different for people who have never had a heart attack or stroke. Current Australian guidelines do NOT recommend the use of daily low-dose aspirin to prevent cardiovascular disease in people with no past history of heart attack or stroke, including those thought to be at high risk.  This is because the risk of side effects outweighs the benefits for these people.

If someone has known coronary heart disease (including angina), then low-dose aspirin every day may be recommended to reduce the risk of heart attack.

Only take low-dose aspirin daily on the instructions of your doctor. You should always discuss with your doctor the risks and benefits of any medicines before taking them.

Side effects of aspirin

The majority of people don’t experience any side effects when taking aspirin; however, some people will suffer side effects.

The main side effects of aspirin happen when it irritates the stomach, causing heartburn, nausea or vomiting.

Because aspirin ‘thins’ your blood, making it harder to clot, taking aspirin can increase your risk of bleeding, including bleeding from the gastrointestinal tract. Bleeding from the stomach or gut is one of the most serious side effects of aspirin. For this reason, people with stomach or duodenal ulcers are usually advised not to take aspirin.

If you experience black tarry stools, or vomit blood or what looks like coffee grounds, contact your doctor immediately.

Aspirin can cause an allergic reaction in some people, resulting in skin rash, hives, wheezing and difficulty breathing. The reaction usually happens within an hour of taking the aspirin. You should get immediate medical help if this happens to you or someone else.

In high doses, aspirin may cause ringing in the ears (tinnitus) or deafness.

Aspirin is usually taken by mouth. In Australia, there are different formulations of aspirin available including soluble tablets, chewable tablets, tablets and capsules. Aspirin is also available in combination products with other medicines, e.g. codeine, clopidogrel and dipyridamole.

When you are taking aspirin for fever, or the temporary relief of pain and inflammation, such as for headaches and period pain, the tablet strength is 300 mg or 500 mg.

‘Low-dose aspirin’ that is taken daily to prevent heart attack or stroke is a much lower dose than that given to relieve pain. The usual daily dose to prevent blood clots from forming in the arteries is one 100 mg tablet. Taking a larger dose than this will not protect you more, but will increase your risk of side effects.

You should take aspirin in the dose that is recommended for you and follow the instructions for use. Some types of aspirin should be taken with food to lessen stomach upset.

While aspirin is available over the counter, you shouldn’t take aspirin regularly without consulting your doctor.

Enteric-coated aspirin resists being dissolved in the stomach like regular aspirin and passes to the small intestine, where it is dissolved and enters the bloodstream. This is supposed to help prevent the unwanted possible side effect of gastrointestinal bleeding and stomach ulcers. However, as these risks may come from aspirin’s effect in the bloodstream, some doctors say there is no tangible advantage in taking enteric-coated aspirin.

If you are taking daily aspirin, it’s important that you don’t suddenly stop taking it as this could have a rebound effect and trigger a blood clot. Always talk to your doctor before stopping any regular medicines.

Low-dose aspirin may also be recommended for the prevention of pre-eclampsia in pregnancy, in women at increased risk.

Who should not take aspirin?

People taking regular aspirin may need to stop taking aspirin 7-10 days before having any surgery or dental work to reduce the risk of bleeding. Your doctor or surgeon will be able to advise you on this.

Is aspirin safe in pregnancy?

Aspirin (and other NSAIDs) should be avoided in pregnancy, especially late pregnancy (the last 3 months) because they increase the risk of bleeding – both before birth and during delivery. However, as mentioned, some women (who have a particular risk) may be prescribed low-dose regular aspirin to try to prevent pre-eclampsia. Paracetamol is usually recommended for pain relief during pregnancy.

Can I take aspirin while breastfeeding?

No. It is not safe to take aspirin while breastfeeding unless prescribed by a doctor. Aspirin can pass into your breast milk, and there is a risk of Reye’s syndrome in your baby. 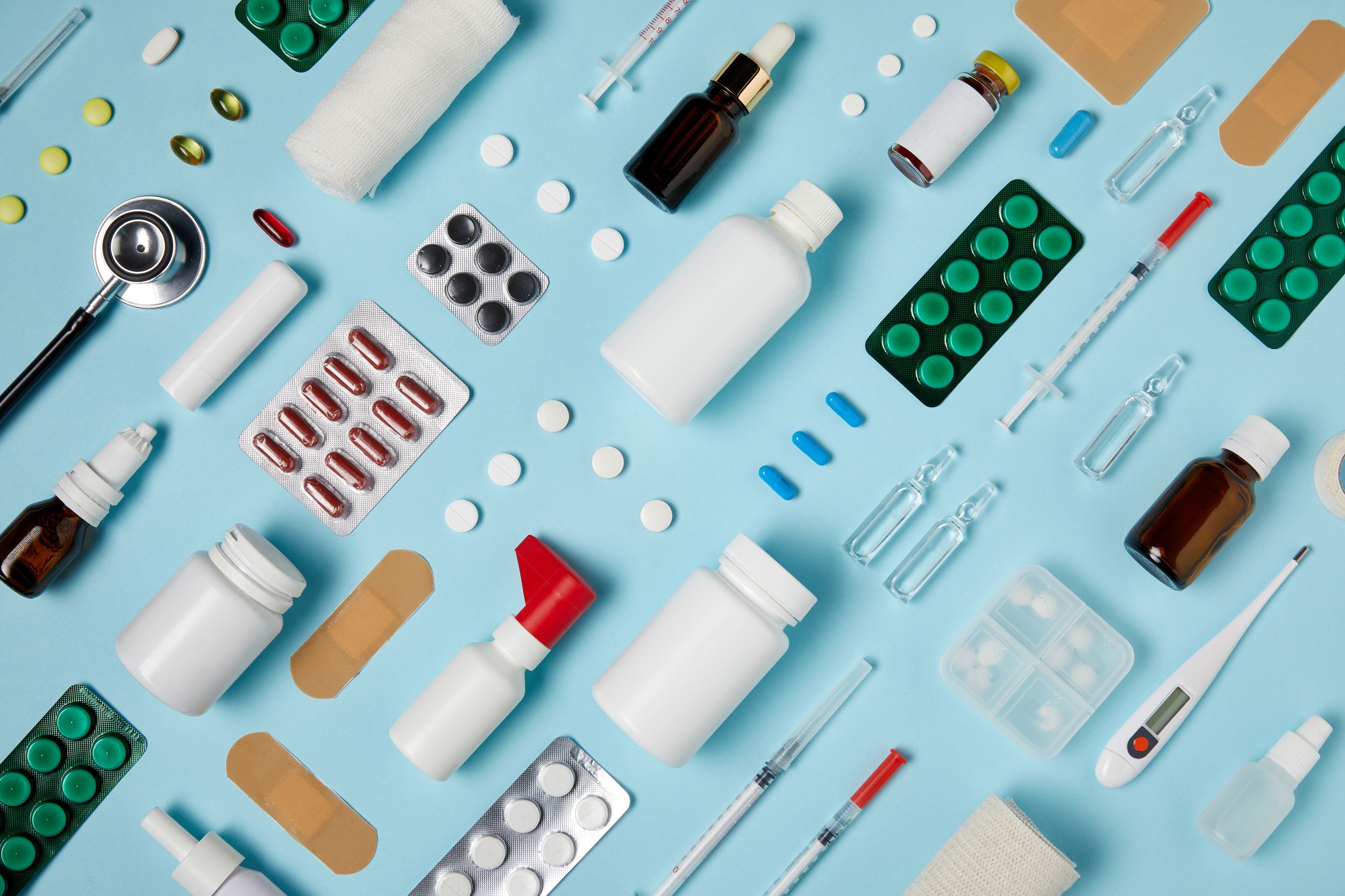 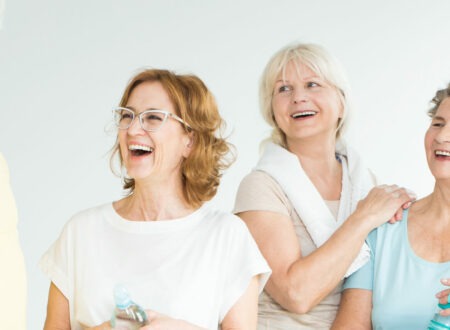 What are some Complementary Therapies for Pain? Dr. Jennifer Stevens