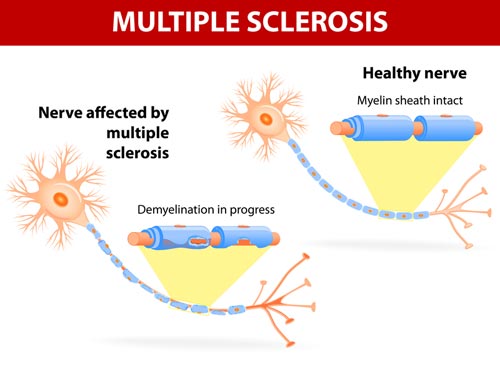 Multiple sclerosis (MS) is a disease of the central nervous system that interferes with the transmission of nerve impulses in the brain, spinal cord and optic nerves. This can lead to impaired sensation, movement and cognition.